A Life In The World: bearing witness with a camera from the South Side of Chicago to South Africa 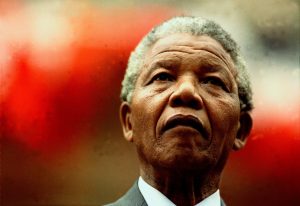 A Life In The World: bearing witness with a camera from the South Side of Chicago to South Africa

Ozier Muhammad‘s interest in photography began in the Chicago community of the Nation of Islam, while in high school in 1965. Life magazine photographer Gordon Parks was on assignment for more than a year, photographing prominent members of the Nation, such as: Elijah Muhammad (Ozier‘s grandfather) , Malcolm X and Muhammad Ali. Gordon Parks was initially a huge influence on Ozier‘s interest in photography. Ozier in college, met the great documentary photographers Robert Frank and Roy DeCarava. Frank's book, "The Americans," and Roy DeCarava’s "Sweet Flypaper Of Life” are famous. Ozier became lifelong friends with Parks and DeCarava. While at Ebony, he befriended Pulitzer prize winning photojournalist Moneta Sleet Jr. Sleet, was a close friend of Dr. Martin Luther King, Jr. Photographs in this exhibition are from a life of experience on the streets of Chicago, and being a witness to political and social changes here and the world. While working for New York Newsday and The New York Times, he covered events in NYC, and Africa. Such as: David N. Dinkins successful bid to become the first Black mayor of NYC. Barack Obama's successful run for the White House. In Africa: The Sixth Pan African Congress, and Nelson Mandela's successful campaign in RSA.